Blog from Thailand "After a journey of 24 hours, I spent the day at the Asia Oceania 10th International Association of Geriatrics and Gerontology Congress, Healthy Aging Beyond Frontiers, held in Chaing Mai, Thailand. EASYCareHealth got a lot of mentions. During his masterful opening address, Professor Du Peng, on suggested policies for ageing populations in Asia. The EASYCareHealth approach will strengthen community based care and the ability of families to provide care and support to their loved ones. (Photo 1). Professor AB Dey gave a tremendous talk about the history and future of Geriatric Medicine in India. He and colleagues have persuaded Prime Minister Modi to come up with a national plan for the over 75's. Prof Day would like it to include an EASYCareHealth check for all the over 75's. As there will be over 100 million Indians over 60 by 2020, there will be lot of assessments to do! (Photo 2). There are nine talented individuals selected to undertake MD's in gerontology in India. One of them is Dr Ayantika, supervised by Dr Gauran, working in AB Dey's department. They are validating the use of the the EASYCareHealth instrument for predicting falls risks and other geriatric syndromes. We discussed the need to use additional assessments where concerns such as falls risk are identified. I think we need to identify further short instruments for all items in the assessment. (Photo 3). I was pleased to meet Representatives of Nestle Health, sponsors of the Congress. They are promoting screening instruments for nutritional needs and swallowing difficulties in older people, which are internationally validated. We could look to adopt these. I tasted their protein calorie rich supplement for older people which was delicious! (photo 4). Another great seminar was on Empowering Older People: Evidence and Action, led by the brilliant Australian gerontologist, Hal Kendig. During Q and A there was widespread support for my proposition to start with the concerns and priorities of the older person, with guess which internationally validated tool? (Photo 5). Hal put me in touch with a colleague of his, Professor Colette Browning, Director of the Royal District Nursing Sevice in Victoria. We discussed testing the EASYCareHealth approach in her service as a model for integration with community nursing services. (Photo 6). Also presenting at the seminar, was the hugely influential and charismatic Eduardo Klien, Regional Director for Asia for HelpAge International. Eduardo is keen to help us introduce the EASYCareHealth approach in ASEAN countries. We would work with the extensive networks of Older Persons Associations, as a means of enhancing community strengths, with older people empowered to fulfil their potential Within their communities. Vietnam and Thailand have particularly strong networks, so we might concentrate on these two countries first. (Photo7). I was hit by jet lag at 4pm so decided to leave at that point, but it has felt like a successful day. I will report again on further developments after the EASYCareHealth Seminar in Wednesday. Interest is building so I am hoping for a good turn out. "Koop can cap" (thank you) for reading this blog. Prof. Ian​ 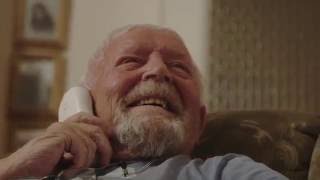 New Partnerships for the EASYCare Health

A blog from Brussels